In spite of widespread urbanization and a growing population, California still takes the time to care for its trees and forests. Redlands’ Street Tree Committee, for example, currently has big plans in mind for the city’s urban forests and trees, from planting new trees to pruning existing ones. The Committee even plans to update its informational brochure “How to Care for the California Oak Tree Located in the City’s Right-of-Way”, which was originally distributed by local boy scouts. 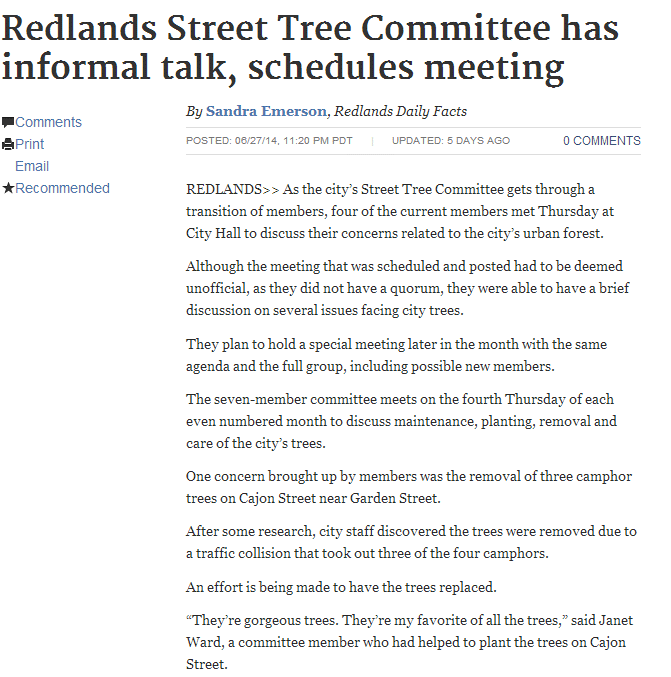 These simple things show just how trees are valued in California, particularly in the Bay Area. However, caring for trees is very different from tending to one’s garden at home. Often, neighborhoods and households are better off calling San Jose tree care experts, like Bay Area Tree Specialists, than attempt the task by themselves as tree care can be very dangerous without the right tools and skills.

Take, for instance, the act of pruning. Some trees like the Valley oak (Quercus lobata), are actually best pruned in the winter months. Reducing the oak tree’s size while it lacks leaves or buds often helps minimize its chances of contracting diseases or being infested with bugs; things that usually occur during summer. Meanwhile, pruning an oak tree in winter ensures that it can grow more beautifully when summer finally arrives. On a more practical note, a well-pruned tree has fewer branches, which also means less a lower likelihood of injuries and property damage caused by falling twigs taking place.

Indeed, the risk to public safety is another reason why cities in California, like Redlands and San Jose, take tree maintenance very seriously. One of the most common sidewalk trees in the state is the American sweetgum (Liquidambar styraciflua), which is mainly popular due to its availability, rapid growth, and overall aesthetic appeal. That said, sweetgums can damage sidewalks and streets as they grow. In addition, the fruit can severely damage lawnmowers and gardening equipment—things that a Palo Alto tree trimming crew can help prevent by cutting off fruit-bearing branches the right way.

The mere fact that city officials have separate tree management committees only proves just how much California values its urban forests and trees. It’s only natural for homeowners to adopt the same mindset and follow suit.